For a while now there has been a mounting move towards what could be called an escape from Google. Calls to flee the surveillance as a service business model that they have adopted & perfected - and to take a stand with by way of our choices. (Of course, it's not just Google. Many big names in tech and all the online advertising platforms do it as well.)

Why the surveillance as a service business model? Because it works. The more they know about you through their surveillance, the better the product they offer to their customers. And just to clear things up - I don't mean you as a customer. I mean people who pay them money. You and me? We're the product.

Now, before I go any further, I'm not anti-Google (despite the premise of this blog, and my confession that I used to be a Google Fan Boy). But you might feel trapped in the Google ecosystem and want to know if it's even possible to change. So I'm here to remind you we can all choose our providers as we wish!

But if every big company does this, can I escape it?

At this point in time? I would say it's not feasible, no. However, in the future, it might be thanks to the Europeans. Just as they led the way with the General Data Protection Regulation (GDPR), they're pushing against this as well.

In June, the Norwegian Consumer Council called for surveillance-based advertising to be banned. Browser vendor Vivaldi - who is from that neck of the woods - wrote about this topic recently.

For years, Big Tech has tried to speak for us. They tell anyone who will listen that we all want our data to be collected, so we can get “relevant ads”. At the same time, they have told us that, without the right to collect and harness our data, they couldn't provide us with quality technology for free. Sadly, over time, they have managed to convince many people to accept this false bargain.

Around the time I read that quote, I saw an article from Wired UK puts forward a good argument to abandon Chrome. And as you might have seen in Surveil, Advertise, Sell, Repeat, Google does gobble up a lot of personal information when you use their apps.

Watching articles like the above pop-up more and more frequently made me think: Could someone who was a Google Fan Boy actually leave Google behind?

Clearly doing this would require replacements for each individual service, program & even devices. So I made a list:

I enjoyed a certain irony in researching this particular section. Why? Because I "Google'd" the question: Google Search replacements. I didn't need to. I just thought it would be amusing. I was right! :)

There is one obvious go to in this space, and it's not Bing. It's DuckDuckGo. 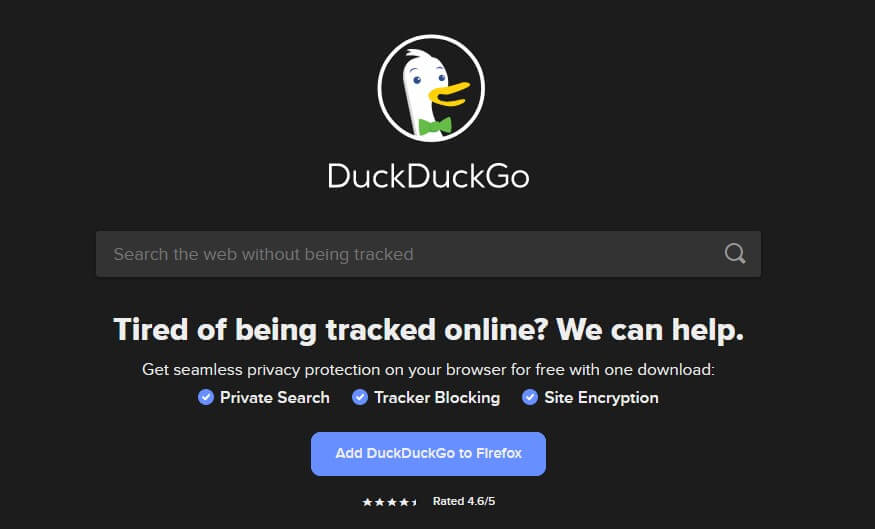 Since we're looking at this from the point of privacy and avoiding surveillance, this would be the place to start.

If that doesn't tickle your fancy, then perhaps StartPage or Qwant - both privacy focused; Bing or Yahoo Australia - both drawing from Bing's search database; or lastly Ecosia.

There are some search engines that I would avoid though, but this is perhaps due to their server-to-server manners while collecting their search results. They are Baidu (from China) and Yandex (from Russia).

On the phone front, there's not many options. Apple's iPhone is obviously the big player here, but unfortunately, the majority of all other brands of phone use Google's Android to run their phones. And while you can Use Android Without Selling Your Soul to Google according to Gizmodo (2018), or How to Use Android Without Google: Everything You Need to Know on Make Use Of. It's worth noting that you'll have a longer setup process though. Alternatively you could make a move to a "dumb phone", or check out the Chinese brands who have been creating / adapting other phone systems since the USA placed restrictions on trade. (But you should ask yourself whether or not they place you in any better a position than Google.) Other than that you're stuck with Apple.

There are quite a few options to replace Chrome. Most of these use Chromium (and the Blink rendering engine), which is the same underlying display engine as Chrome and therefore give you the same experience as Chrome, but don't include the same back-to-base surveillance as Chrome.

For me however, the answer is simple, and is the same as Jack Wallen from Tech Republic: Firefox.

Firefox is the only one on this list that doesn't use the same engine as Chrome. The Mozilla Foundation is the creator of Firefox and is independent to any other IT business entanglement. (They also created and established Thunderbird, a free email client.)

Brave would probably be the closest experience to Chrome. It's very privacy focused, and you can even earn rewards for browsing.

Vivaldi would be my suggestion for those who like to have many tabs open (& keep them open) as you can put tabs in tabs. It's an independent group serving their community.

Edge has actually salvaged Microsoft in the browser department. Internet Explorer brought about the ire of many - despite it's improvements over the years. But the New Edge has actually made good. It's built on Blink too, and runs on pretty much every operating system.

All of the above handle plugins/add-ons and themes that extend the browser's functionality or look. Experience says that they'll also use less of your computer's resources while running too.

Opera is the spiritual predecessor of Vivaldi.

Apple's Safari is restricted to Apple devices is… ok. It does what you require, and ties into all the other Apple-y things. (A side note, it doesn't use Chromium. In fact Safari's rendering engine, Webkit, is where Chromium was born.)

Too many browsers to choose from? Fortunately, Mozilla has prepared this handy graphic.

You can see that Firefox, Edge and Brave compare very well against Chrome in the privacy & security area.

There are a number of easy picks for replacing Google's Gmail as well:

Outlook.com (AKA live.com, live.com.au, hotmail.com etc) is Microsoft's offering in this space.

Proton (Mail) (based in Switzerland) who touts privacy & encryption as one of their main aspects. However, their free accounts are quite limited.

And of course, if you have an Apple device, then you can get an email @icloud.com.

If you're willing to pay, then there are considerably more options including Rackspace Webmail offering, Runbox, Microsoft's Exchange 365, and of course local Australian email hosting through Gravity Tech.

If you're putting your weight behind Apple, then you have the option of Apple Maps. Bing also offers mapping. As well as those big names, WhereIS is still going too.

And if you have heard of those, there's one that you might not know of; OpenStreetMap. They provide other companies with the maps for their services (such as OsmAnd, and HERE WeGo).

Google has spent a lot of time and money to get YouTube to where it is today. Video is the entertainment that people seem to crave - and they know it.

Vimeo actually started about 3 months before YouTube, and is still around today. This is probably the best known alternative to YouTube, however it's minimum pricing is $9/month.

There are other sites in this space too, however I haven't heard of any of them. Given what video can portray in even an instant, I won't be including them here just to be safe.

The easy replacement for Google Workspace is Microsoft 365 (formerly known as Office 365). Microsoft has published a long line of Office applications, and also offers the flexibility to use the online apps in the same way as Google users do. Migration in either direction is possible for emails and for docs.

Now, if you are trying to to abandon both Google /and/ Microsoft, then check out Samepage or Zoho to see if they meet your needs. Or you can move to a combination of services from various different vendors. Like combining Rackspace Webmail offering (or one of the email providers above), Slack and Dropbox Business with LibreOffice. (If you've never heard of LibreOffice before, it's a very viable choice for Office software. It works on Windows, Mac and Linux systems.)

I've watched Google's website analytics tool grow and mature over the years, and have used it myself. But for some inexplicable reason I've always looked for alternatives to it, unfortunately, they all seem to be limited-free and paid solutions.

Clicky is one solid alternative. It anonymizes website viewers IP addresses and is fully compliant with GDPR. They offer both free and paid accounts.

Both Fathom Analytics (Github) & Matomo (formerly Piwik) have free to self-host options; or you can pay to use their cloud version.

There aren't many free equivalents in this space. The two best options are both owned by DeepL. Linguee and DeepL Translator which offer both a free and paid version.

I haven't used most of these as I found two that worked for me straight up. It seems sensible to stick with them once you start. (Unless you're trying to compartmentalise things.)

Microsoft Authenticator: Ties in nicely with all Microsoft systems and shows and alert when logging into their systems. Works like any other authenticator for non-Microsoft accounts. It also offers the ability to use biometric authentication or the phone PIN to access it. One thing to note is that Apple's infrastructure makes moving the MS auth app from iPhone to Android painful (but given the premise of this post, this seems like a moot point.)

Authy: Owned by Twilio, this offers an iWatch app and encrypted cloud backups too. This does require your mobile number to sign up for some reason.

LastPass Authenticator: While this does offer some connection to LastPass' password manager, it's actually a separate app. This app also allows you to create backups on the LastPass vault.

Each website you use that allows you to sign up using your Google Account has made a choice to provide that. They have tied into the system that Google provides to enable this convenience. The questions therefore are: do they offer another login provider else? Can you migrate from one method to another?

Assuming all things are equal, there's a bunch of vendors in this space. Many of them would be like moving from one fire into another fire. Possible-non-fire include: Twitter, Reddit, Microsoft, Linked-In, and Dropbox. But this all depends on your view.

Unless! … you have an actual account for each website. You could use a password manager to look after your passwords and accounts so you don't even have to remember you use the website in question.