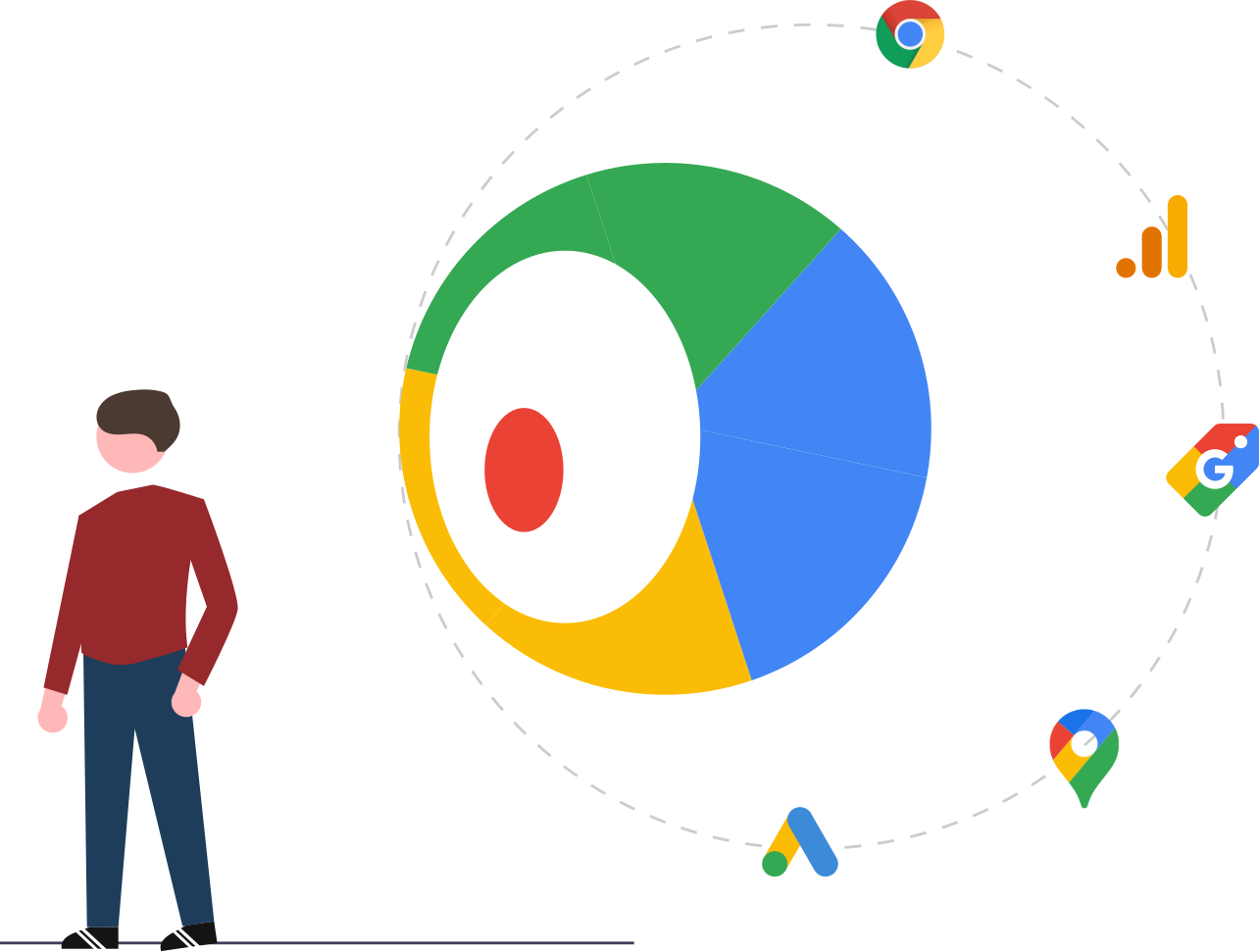 Have you ever wondered why the things you search for (or even talk about) pop up in ads on the internet? It's not just you, everyone has this happen. Why? Surveillance-Based Advertising.

If you're not familiar with that term, at its basic form Surveillance-Based Advertising is where the advertisers gather as much information about you or your device usage & activity as they can, and then use that to establish what products you're most likely to want, and advertise them in a way that you're most likely to respond to. How do I know this is true? Boobs. Boobs is how I know. Bet you weren't expecting that, and quite frankly, neither was I.

Before you run for the hills, away from any anatomy references, allow me to explain. I was sitting at the office minding my own business innocently searching the internet for an answer to a sticky server issue, and suddenly all the ads on the sites had changed from standard issue IT related ads to large slabs of skin.

Alright, who's been Googling boobs?"

A sheepish manager sloooowly turned around and raised her hand. She'd been writing a quote for a plastic surgeon, and had been checking similar sites.

Anecdotes aside, how do they do it? Simple. We just give them the information.

Take Facebook for example: we fill out a profile when we sign up, some of us allow the phone apps to scan our contacts to add friends because it's easier, post our images and thoughts, and re-share things that resonate with us. People also put the "Facebook Pixel" on their websites to measure conversions, and others embed Facebook comments.

Look at Google & Amazon: we tell them the things we're looking for, use voice commands through our phones, or devices we've placed in our houses hosting Alexa or The Google Assistant. Of course, Google has more fingers in more pies than that: Gmail, Google Drive, Chrome, Google Analytics, and Google DNS etc. You get the idea.

Have you ever wondered why companies let the public have certain services for free? Well, now you know.

(It's worth noting: Google states specifically that they do not use your email for ads. I'm merely highlighting what data we allow them to have.)

But if everyone does this, can I escape it?

At this point in time? I would say no, it's not feasible to full escape this. Even if you're selective on who you share what data with, there's no guarantee that one of the companies you're avoiding won't buy one that you trust. For example, Instagram was purchased by Facebook, while WhatsApp and Nest were bought by Google.

However, in the future, it might be possible thanks to the Europeans. Just as they led the way with the General Data Protection Regulation (GDPR), they're pushing against Surveillance-Based Advertising too.

In June, the Norwegian Consumer Council called for surveillance-based advertising to be banned. Jon von Tetzchner CEO of browser vendor Vivaldi (who is from that neck of the woods) wrote about this topic recently, stating:

For years, Big Tech has tried to speak for us. They tell anyone who will listen that we all want our data to be collected, so we can get "relevant ads". At the same time, they have told us that, without the right to collect and harness our data, they couldn't provide us with quality technology for free. Sadly, over time, they have managed to convince many people to accept this false bargain.

Wired UK also published an article about Chrome detailing the data that it can collect: your location, search and browsing history, user identifiers and product interaction. This isn't necessarily unique in the browser market place, but becomes surveillance when the data is linked to all harvested data to devices and individuals (story by Forbes).

On that note, back in March Google's search compeditor DuckDuckGo posted this on Twitter...

After months of stalling, Google finally revealed how much personal data they collect in Chrome and the Google app. No wonder they wanted to hide it.
⁰
Spying on users has nothing to do with building a great web browser or search engine. We would know (our app is both in one). pic.twitter.com/lJBbLTjMuu

... which is rather eye opening.

So why do all this? Because it works. Any sales person will say that you need to know your target audience, and Surveillance-Based Advertising is just that - ramped up to billions of people.

While this doesn't really touch on audio aware devices, I'm reminded of this meme - make of it what you will. :) 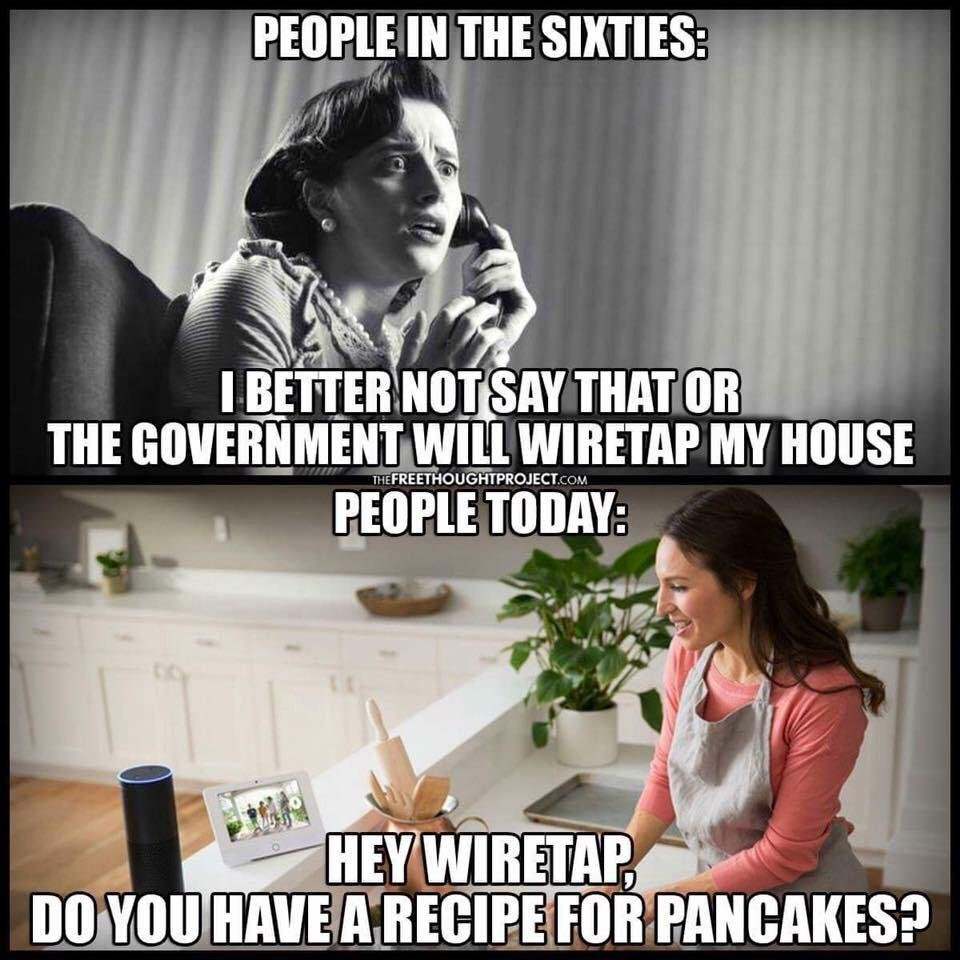